Eqsash
Sign in Registration
ArticlesDownloadServicesAudioVideoContacts
ruen
Home > Articles > Inside CSS technology, appearance and how it works

Inside CSS technology, appearance and how it works

CSS is a kind of brush and paint for the modern web developer when you think of a page as a canvas with black and white sketches. Thanks to this technology, the developer, as it were, colors the page, gives it the desired appearance. Yes, web developer work , and indeed any developer in general, is a creative activity that requires a certain skill. This is the only way to make your projects amazing.

It is now accepted to take CSS technology for granted, an integral part of any website. And once, they were content with simple black and white pages and considered the web only as a means of transmitting symbolic information. With the advancement of technology, something had to be done with web pages, and extra tags for styling were invented, which made HTML cluttered and not as easy to learn as it is now.

But this continued until one person proposed to create a separate technology for the design of pages and take all the design functions into it. Therefore, even now you can observe how old tags associated with the visual design of pages are gradually being eliminated, their functionality is shifted to New CSS Properties .

The appearance of CSS technology undoubtedly made a breakthrough in the field of web development, because everyone was waiting for such a simple and concise language for page design. It is the simplicity and lightness of the technology that facilitated its instant implementation in browsers and web standards . Indeed, if the rules were cumbersome and cumbersome to process, such massive implementation would hardly be possible.

How does CSS work and how did you come up with it? Everything is simple enough. You just need to understand the principles of browsers, or rather their engines. When rendering a page, the engine composes the DOM-model of the page , that is, builds a hierarchical picture of the elements. The engine has the ability to refer to any DOM element and perform a variety of operations on it: delete, change, replace, fix, styling , etc. I am interested in the last possibility, how the element is styled. 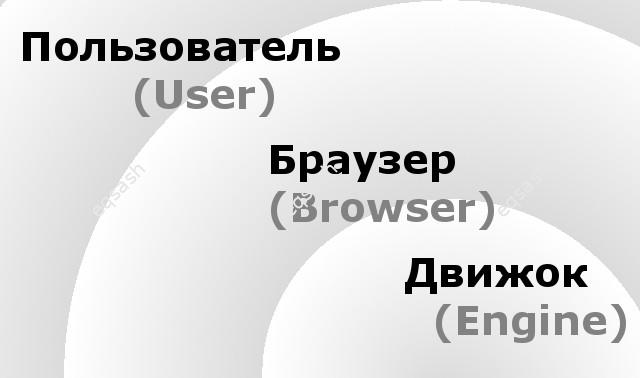 As a result, we get a page that is designed according to all the rules, which the engine gives to the browser , and it just displays it. A browser is, generally speaking, just a shell for the engine, an interface to which different manufacturers add completely extraneous functionality, various voice assistants, notebooks, etc.

Thus, CSS technology is simple enough, but at the same time it is enough for a high-quality design of web pages. It was the simplicity and ease of use that ensured its success and its further development.

← New features in CSS3 and what to expect in CSS4
How to remove browser styles and why you need to reset CSS, the reset.css file →
Comments (0)
For commenting sign in or register.