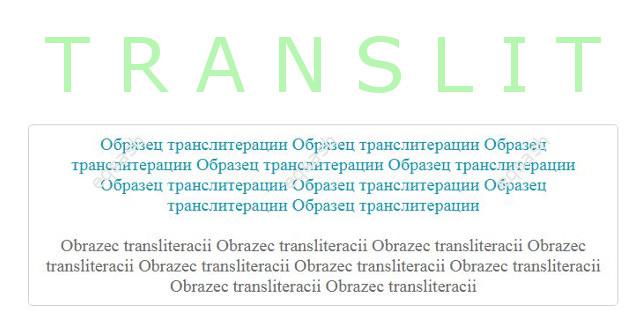 Even such large organizations as banks, correct transliteration is not always done, for example, on one bank card the name and surname can be written in one way, but on another card according to different rules. Also on the net, you can find many tables with transliteration rules , but as it turned out, different characters are encoded differently in them - there is no unity of transliteration.

Therefore, it was required to create a table based on the transliteration rules in popular services. As a result of the analysis, a complete alphabet was prepared with the rules for transliteration from Russian into English.

Below is a ready-made PHP function for translating from Russian to English . It can be useful for URL transliterations and more, it can be easily modified to suit your needs.

← Which PHP version to choose, why it is worth migrating to PHP 7
Cron or run on hits - which is better, a function to run a script on a schedule →
Comments (0)
For commenting sign in or register.